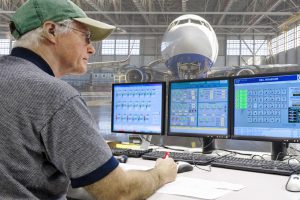 MIL-STD-1553B was developed from the growing complexity of integrated avionics systems and the subsequent increase in the number of discrete interconnects between terminal devices. Direct point-to-point wiring became complex, expensive and bulky, requiring definition of a multiplex data bus standard. The first draft of a standard in 1968 by the aerospace branch of the Society of Automotive Engineers (SAE) laid the foundation for the US Air Force’s adoption of MIL-STD-1553 in 1973.

Military services and contractors originally adopted MIL-STD-1553 as an avionics data bus due to its highly reliable, serial, 1Mbit/s transfer rate and extremely low error rate of 1 word fault per 10 million words, on a dual-redundant architecture.

MIL-STD-1553B defines the data bus structure for interconnection of up to 31 remote terminal devices. A single controller device on the bus initiates the command/response communication with the remote devices. The remote and control devices are interconnected over 2 separate buses. Normal operation involves only the primary bus with the secondary bus available as redundant backup in the event of primary bus damage or failure. 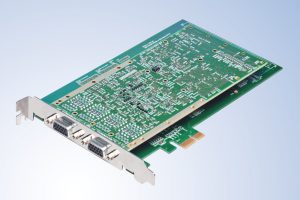 The main function of the bus controller (BC) is to provide data flow control for all transmissions on the bus. In addition to initiating all data transfers, the BC must transmit, receive and coordinate the transfer of information on the data bus. All information is communicated in command/response mode – the BC sends a command to the RTs, which reply with a response.

The bus controller, according to MIL-STD-1553B, is the key part of the data bus system and the sole control of information transmission on the bus shall reside with the bus controller, which shall initiate all transmission. The bus can support multiple BCs, but only 1 can be active at a time.

Normal BC data flow control includes transmitting commands to RTs at predetermined time intervals. The commands may include data or requests for data (including status) from RTs. The BC has control to modify the flow of bus data based on changes in the operating environment. These changes could be a result of an air-to-ground attack mode changing to air-to-air, or the failure mode of a hydraulic system. The BC is responsible for detecting these changes and initiating action to counter them. Error detection may require the BC to attempt communications to the RT on the redundant, backup bus.

The remote terminal (RT) is a device designed to interface various subsystems with the 1553 data bus. The interface device may be embedded within the subsystem itself, or be an external interface to tie a non-1553 compatible device to the bus. As a function of the interface requirement, the RT receives and decodes commands from the BC, detects any errors and reacts to those errors. The RT must be able to properly handle both protocol errors (missing data, extra words, etc.) and electrical errors (waveform distortion, rise time violations, etc.). RTs are the largest segment of bus components.

The Bus Monitor (BM) listens to all messages on the bus and records selected activities. The BM is a passive device that collects data for real-time or post capture analysis. The BM can store all or portions of traffic on the bus, including electrical and protocol errors. BMs are primarily used for instrumentation and data bus testing. 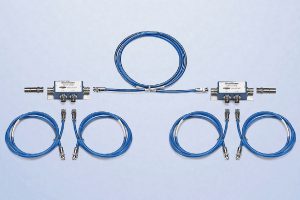 The MIL-STD-1553B definition of a data bus is “a twisted-shielded pair transmission line made up of a main bus and a number of attached stubs”. Shielding limits signal interference from outside sources and the twisted pair maintains message integrity through noise canceling.

MIL-STD-1553B specifies that all devices in the system will be connected to a redundant pair of buses, providing an alternate data path in the event of damage or failure of the primary bus path. Bus messages only travel on one of the buses at a time, determined by the bus controller.

Properly terminating the main data bus on each end makes the bus appear like an infinite line. Stub loading effects can be minimized on the bus by properly designed coupling.

Isolation resistors provide some protection for the main bus in the event of a stub or terminal short, but MIL-STD-1553B cautions the use of direct coupling because a terminal short could disable the entire bus. Direct stubs can also cause significant impedance mismatches on the bus.

Bus topology refers to the physical layout and connections of each device attached to the data bus. Single level topologies are the most basic, easy to design and widely implemented layouts with all terminal devices connected to a single bus.

Multiple level topologies are designed by interconnecting single level buses so data from one bus can be transferred on another bus. Buses interconnected in a multiple level topology can have equal control over data flow, which helps retain autonomy for each bus with the greatest isolation between them. A hierarchical format between multiple level buses establishes local (subordinate) buses and global (superior) buses with the global bus having control over local, subordinate buses.

MIL-STD-1760C states “the data bus interface shall comply with the requirements of MIL-STD-1553” with some additional requirements. In this case, the 1553 bus is the controlling bus over the subordinate 1760 AEIS bus. That 1760 bus may then control a 1553 bus system within a store to communicate directly with weapons, navigational aids or communications subsystems.

Mission stores contain embedded 1553 RTs that must be capable of BC-RT, RT-BC and RT-RT message transfers with the aircraft functioning as the bus controller. Dynamic bus control is not allowed on a MIL-STD-1760C bus design. 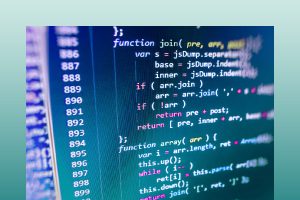 Design Verification – Carried out on pre-production prototypes to insure 1553 compliance, as well as systems specifications on the design unit itself. This testing level verifies hardware/software requirements before production begins.